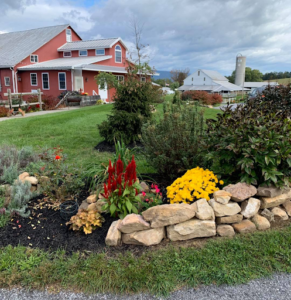 Nursery for infants through 2 years of age is provided for Sunday services.

Welcome to the Doubling Gap Church of God Website. We are glad you visited us today. We want you to know that you are loved by God and cared for by his people here at Doubling Gap.

We strive to be a church that stands in the "Gap" with the good news of God's love. We want to help people grow through 5 key areas, which form the vision of our ministry. Those areas are: Worship, Evangelism, Instruction, Prayer, and Fellowship.

We trust that you can find the information you need. If you have any questions, or if there is any way we can help you or your family, please contact us via E-Mail or call 717-776-6092. We look forward to hearing from you.

A fierce thunderstorm lashed Memphis, Tennessee, on the evening of April 3, 1968. Weary and feeling ill, the Rev. Dr. Martin Luther King Jr. decided not to give his planned speech for striking sanitation workers at a church hall. He was surprised by an urgent phone call saying a large crowd had braved the weather to hear him. So he went to the hall and spoke for forty minutes, delivering what some say was his greatest speech, “I’ve Been to the Mountaintop.” The next day, King was killed by an assassin’s bullet, but his speech still inspires oppressed people that they’ll “get to the Promised Land.” Likewise, early followers of Jesus were uplifted by a stirring message. The book of Hebrews, written to encourage Jewish believers facing threats for their faith in Christ, offers firm spiritual encouragement to not lose hope. As it urged, “strengthen your feeble arms and weak knees” (v. 12). As Jews, they would recognize that appeal as originally coming from the prophet Isaiah (Isaiah 35:3). But now, as Christ’s disciples, they were called to “run with perseverance the race marked out for us, fixing our eyes on Jesus, the pioneer and perfecter of faith” (vv. 1–2). The writer encouraged them:… [Read More]